Districts of Maryland County:
Commonwealth's population is 11,876.      Careysburg’s population is 29,712         Todee District’s population is 33,998
Montserrado County is a county in the northwestern portion of the West African nation of Liberia. One of 15 counties that comprise the first-level of administrative division in the nation, it is composed of five districts. As of the 2008 Census, it had a population of 1,118,241, making it the most populous county in Liberia. The area of the county measures 1,912.7 square kilometres (738.5 sq mi), the smallest in the country.Bensonville serves as the capital.
Created in 1847 at the foundation of the country, the county is the oldest in Liberia. Montserrado’s County Superintendent is Nyenekon Beauty Snoh-Barcon. The county is bordered by Bomi County to the west, Bong County to the north, and Margibi County to the east. The southern part of Montserrado lies on the Atlantic Coast.

On December 11, 1821, officials from the United States arrived aboard the vessel Alligator under the command of Captain Robert F. Stockton at Mesurado Bay. Stockton and Dr. Eli Ayers negotiated to acquire the land in and around the bay from the native chiefs for a settlement by free negroes before sailing to Sierra Leone to pick up these colonists.
On January 7, 1822, the former slaves arrived and settled Providence Island on the Mesurado River under the auspices of the American Colonization Society, and by April they had moved to the mainland. Within the next two decades, approximately 3,200 ex-slaves, having either escaped from their shareholders or being born free, arrived from Trinidad and Tobago, Saint Vincent and the Grenadines, Saint Kitts and Nevis, Grenada, and Saint Lucia.
As opportunities increased, former slaves moved through Grand Cape Mount, Bomi County, Montserrado and Margibi County to seek employment and prosperity. 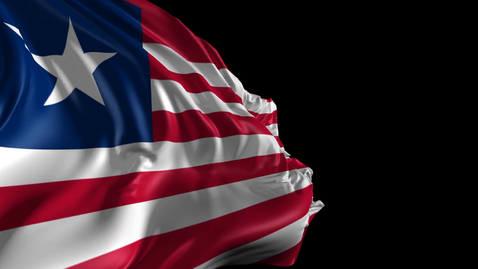 Careysburg District and Todee District are the two statutorily created districts in the county. Commonwealth District, Greater Monrovia District and St. Paul River District are also recognized, but are not officially recognized as administrative districts. There are 21 townships, seven cities, one borough, and two chiefdoms contain within these districts. Administration varies by subunit with a governor running the borough, mayors in charge of cities, commissioners administering townships, and superintendents controlling districts.
Commonwealth's population is 11,876.
Careysburg’s population is 29,712. The main ethnic groups are Kpelle, Bassa, Mano, Kissi, Loma, and Gola. Both the White Plains Water Treatment Plant and the Mount Coffee Hydropower Project are in the district.
Todee District’s population is 33,998 with farming the primary economic activity.  The district is run by chiefdoms and clan systems, as the county contains a large number of native African communities.
The most populous district in the county and the nation, Greater Monrovia District, is home to 970,824 people. Employment is mainly informal, small scale trade and government employment through the national government or foreign governments. The population has members of each of Liberia’s 16 main tribes